The Importance of Teen Discipleship: Interview with Pastor Sterling Archer

I enjoy working with teenagers in ministry and believe that teen discipleship is so important because they are at a pivotal point in their walk with God. By this age, teens have heard a lot of information from the many influences around them, including parents, youth pastors, peers, music, media, teachers, and education, and they are coming to their own conclusions about life. If they do not have the foundation of knowledge about what they believe, coupled by a growing personal relationship with Jesus, they are more apt to fall away from their faith.  In fact, a research study,  LifeWay Research Finds Reasons 18- to 22-Year-Olds Drop Out of Church, found that 70% of college students who went to church regularly in high school will stop attending church, and only about 35% return later in life. It is important as parents to be aware of this statistic, not to scare us, but to encourage us to be intentional about discipling our teenagers. 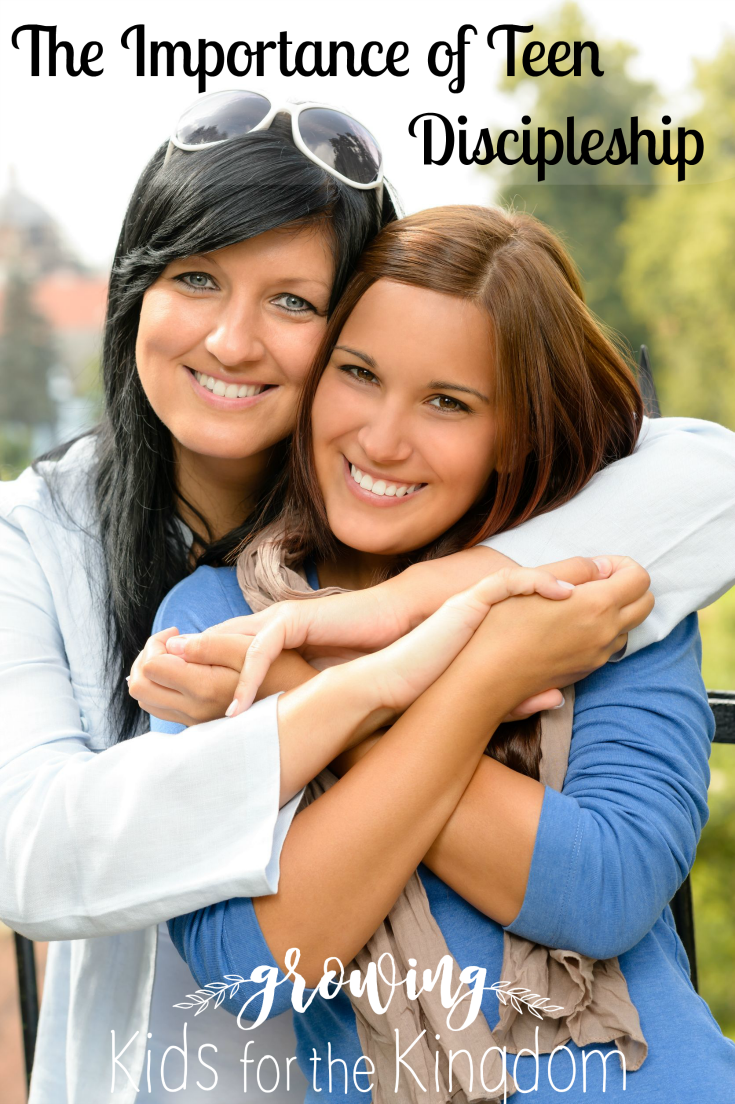 grounded in their faith?  To answer that question, I have asked Sterling Archer, Church Pastor for Declaration Church in Spring, Texas and former Youth Worship Pastor for Denton Bible Church in Dallas, Texas, to give us some of his  insights.

GKFTK: Sterling, tell us a little bit about what you have done as a youth pastor in discipling teenagers.

Sterling: I say this as a half-joke, but I was kind of the kid that just never left youth ministry. For whatever reason, the Lord has always kept me close to ministry with students, even when I’ve tried to branch out into other areas of ministry. Ever since graduating high school, I’ve served in some capacity with students ranging from leading small groups, student worship, teen camps, to eventually entering into full time student ministry. The Lord has captured a passion for me to teach, disciple, and mentor the next generation, and my greatest desire is seeing students discipled and equipped to step out in their God-given gifts and calling.

Sterling: Absolutely. In my experience, students are concerned with finding out if the Bible is actually reliable, and the standard by which students typically measure that reliability isn’t so much a historical reliability (even though that’s important too) but rather if the truth that’s being presented actually bears weight on their life. They want to know if God actually knows what He’s talking about when it comes to relationships, life decisions, morality, sex, money, etc.

GKFTK: What obstacles have you seen that block teenagers from growing in their faith and relationship with the Lord?

Sterling: One of the greatest obstacles we identified as a youth ministry was the overwhelming need for community in the lives of students, because we found that community is foundational to forming identity. The community that students primarily associate with, be it sports, school, etc., shapes so much of who they are and will be. This sense of community and belonging also drives the majority of their decisions, so when students are confronted with the choice between pursuing Jesus vs pursuing something else, it will often come down to where and who they ultimately draw their identity from. In the lives of students everything boils down to relationships.

Sterling: This might be a broader answer, but culturally speaking, students are being discipled all the time, if by “discipled” we are saying they’re being taught something, or someone is attempting to get them to believe something. That’s happening at every turn in the life of a student. This is why community is so crucial in the lives of students, because it’s in community that students will form the basis of their beliefs.

With that in mind, I’d like to bend the rules a little and answer yes that both pastors and parents should play primary, though differing, roles in helping students pursue Jesus. Both carry the biblical command to disciple the next generation and equip them for the work of ministry, but the way in which those things are worked out are different by nature, not necessarily as an arbitrary choice. Traditionally, parents have a monopoly of time when it comes to their kids. Pastors may get them for a couple hours a week. By simply that metric alone, parents have an overwhelming opportunity to speak into the lives of their students. The difference often comes down to intentionality. What are parents doing with the time they have with their kids, and how are they finding ways to intentionally form and disciple them through building these things into their relationship?

In an ideal world, parental discipleship is the best solution. Yet, sometimes the realities of a family, or lack of family, play a very real role in how a student will be and should be discipled. This is where the community of the church comes into play, where not only can a pastor step into a role of discipleship, but others, who are equipped and called to walk alongside students, can help fill the gaps of discipleship that exist in the realities of living in a broken world.

GKFTK: Do you find, overall, that teenagers that have some sort of spiritual mentorship with their parents tend to be more serious in their faith?

Sterling: Absolutely. When parents are invested and involved in the intentional discipleship of their students it eventually will end up producing fruit in their kids’ lives, though admittedly maybe not as soon as some parents would like. Discipleship is a long road and doesn’t guarantee that your kid will turn out a certain way or always make the right decision. But, if you are consistently modeling to them the grace, mercy, and steadfast faithfulness of Jesus, that will not return void in the life of your student. We always reap what we sow.

GKFTK: How can parents take a more active role in mentoring their teenagers spiritually?

Sterling: Here’s the truth: real life looks a lot more awkward and messy than how we think it will actually go, and discipling your kids will probably not match the expectations you might have. But, one of the greatest things you can do with your teenagers is to start somewhere doing something. I know that sounds ambiguous, but here’s what I mean: take a step towards Jesus with your teenager. And once you’ve taken that step consistently, take another step, and slowly you’ll learn to walk towards Jesus together. Learning to walk is awkward and often unsuccessful at first, but the more steps you take, the more you’ll find your footing. These steps can be as simple as asking intentional, open-ended spiritual questions in the car, such as “What’s something the Lord’s been showing you lately?” or even simply asking what you can be praying for in their world. Or maybe that can be a consistent weekly time you both set aside to go through the Word together. Maybe it’s as easy as helping create space in your student’s weekly schedule so they can be actively involved in the life of your local church so that they can begin to develop a sense of belonging and community there. Eventually, as you continue to take steps towards Jesus, you’ll find that you’ve walked a lot farther than you thought.

GKFTK: What can you say to parents whose teenagers don’t seem to be that interested in having a personal time with God or growing in their faith?

Sterling: First I’d say, pray. Pray a lot. Be thankful that your kid is at least honest enough not to pretend that they have a spiritual life that they don’t actually have. Secondly, if your kid isn’t interested in a relationship with Jesus and doesn’t show signs of growth over a long period of time (I’m talking years, not seasons), there might be the very real possibility that your student doesn’t actually know Jesus. And here’s the thing: they can be in a Christian school, be heavily involved at church, and be completely surrounded in a culturally-Christian bubble, but that doesn’t ensure that they will come to a saving knowledge of who Jesus really is. One of the biggest obstacles I dealt with were students who thought they were Christians because of what they did, where they spent their Sunday mornings, or the culture that surrounded them, yet didn’t actually know Him. They had an intellectual understanding of the gospel, could recite Bible verses, could probably even do evangelism, and yet when it came to the gospel taking root in their hearts and producing real faith that transformed them more and more into the image of Jesus, there was no true faith to be found. The only thing you can do as a parent is be faithful to the calling God’s placed on your life to point your children towards Jesus. All you can do is set the stage for the Lord to captivate their hearts and minds, but the outcome belongs to the Lord. That’s incredibly gracious news because Jesus alone has the power to truly change the heart. If we had the power to change the spiritual destination of our children, Jesus would not have needed to die on the cross. And that leads me back to what I said first: pray. Pray that the God of your salvation would do the same thing in your child that He’s done and is doing in you!

GKFTK: I love that…such an important reminder why we ultimately need to trust in God with our teenagers!  Thank you so much for your feedback and great insights into teen discipleship!

For some great resources for teen discipleship, check out our resource pages for teens under the resource tab at Growing Kid for the Kingdom, and let’s be intentional to grow our teens to live not for this world, but for God’s Heavenly Kingdom! 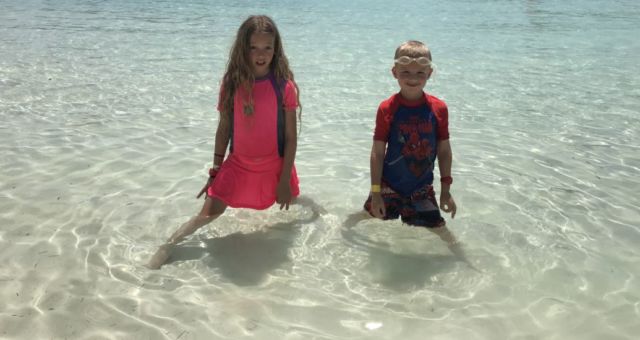 Keeping God First While On Vacation:
A Family Vacation Devotional 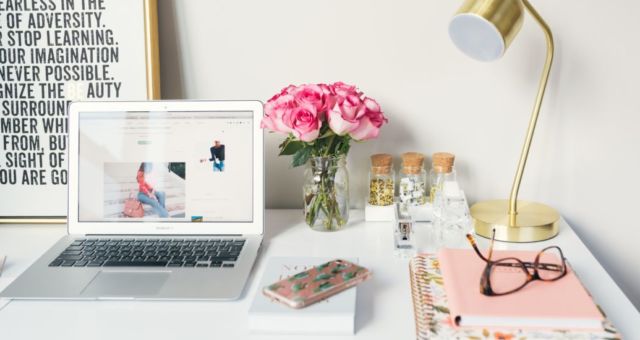 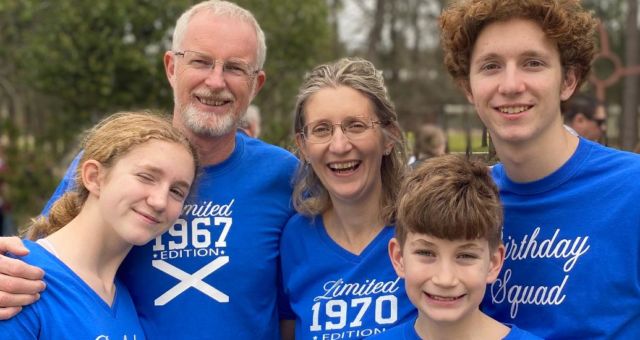 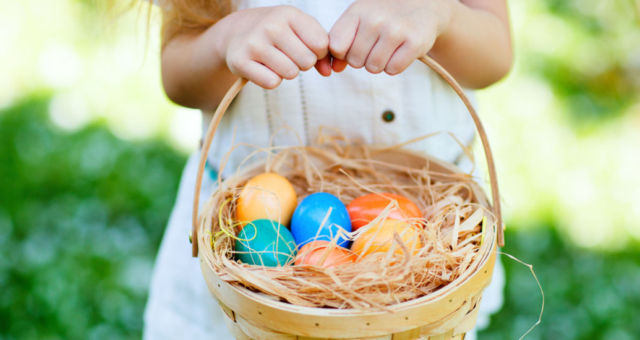 If you have a desire to grow your kids to know, love, and follow God, then you have come to the right place. Here you will find resources and encouragement to help you along this exciting journey!